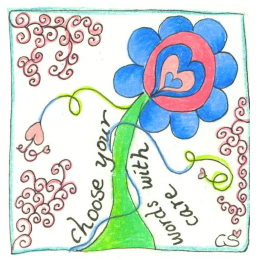 This is brilliant!! I love love the prose style and how you tackle your reflection! More people should read this. It was very insightful and wise.

In the 80’s when I was growing up I had a skewed self image.

I remember when I first came to the realisation that the thoughts I had had about myself were false.  I was looking through some old photographs in my early 30’s and realised that as a teen and in my early to mid twenties I actually looked quite good.

The problem was that I measured myself up against the 80’s supermodels and some of my skinny friends and I saw myself as unattractive.  I was self-conscious and didn’t like my outer self.

I spent a lot of my life trying to match up to the standards that I thought I should be meeting which became a struggle.  I later found I have hypothyroidism so losing weight is not a simple thing anyway.

At some point in my life and I can’t remember…

This is a text widget. The Text Widget allows you to add text or HTML to your sidebar. You can use a text widget to display text, links, images, HTML, or a combination of these. Edit them in the Widget section of the Customizer.
%d bloggers like this: